As partner of Club Brugge, Randstad asked Sportizon to develop a digital activation plan in line with their new brand promise “Human forward”, as they wanted to build an even more personal connection with their candidates and companies.

We created the concept “De Uitblinkers” with as goal to raise awareness for the hard-working people behind the scenes at Club Brugge among the fans. Through digital storytelling, 3 players of Club Brugge (Jelle Vossen, Stefano Denswil and Thibault Vlietinck) nominated their favorite FCB employee or volunteer and put him/her in the well-earned spotlights. Fans had to vote for their favorite “Uitblinker” and could win an exclusive workday behind the scenes at Club Brugge with them.

The results? Due to a limited media budget, we decided to sniper the diehard fans of Club Brugge in order to reach maximal engagement and return on ad spend. We targeted them with multiple creatives and generated over 320k video views and 1.135 participants to the contest. On top of this, we were able to identify 677 qualitative leads for Randstad to follow up with a conversion recruitment campaign. 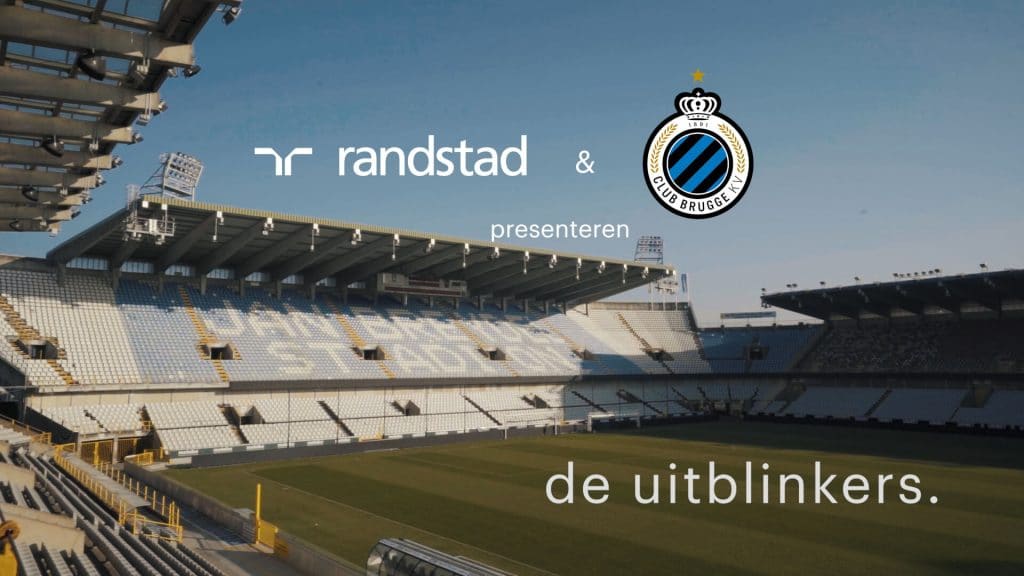