Eleven Sports and the Belgian Pro League began their new TV soccer rights deal at the beginning of the 2020/21 season. We reinforced Eleven’s “By The Fans, For The Fans” message in December by launching the “Eleven Sports Dream Team“. Fans and clubs deprived of live matches were given a once in a lifetime opportunity to share their love of their team by accessing an online image bank of specially digitalised Panini Stickers. These 16.000 stickers went back 49 years, allowing fans to select their favourite all time players, formations and team coaches.

The launch of the campaign run simultaneously with the December launch of the new 2020/2021 Panini Album. The day of the release, #ElevenDreamTeam was the #3 trending hashtag in Belgium on Twitter. All clubs launched their communication simultaneously, resulting in a very high participation rate in the first 24 hours with more than 12,000 teams created on Day One. Each club was given a fully branded club page on the Eleven website where fans could see stats on the most selected players etc. and share with others online. The teams all took ownership of the concept and finetuned it to their specific needs. The Pro League assisted with communication, content & visuals, while Eleven integrated the campaign into live match.

The success of the campaign lies in this novel digitalisation by Sportizon and the unique celebration of the fan’s heritage created by Eleven, the Pro League, the clubs and Panini. The fans and all 4 commercial parties achieved their objectives – so much so that this 6 week campaign will now be extended before the PO and developed to feature an Eleven Ultimate Dream Team. Be ready to select your ultimate team members through all teams and all players.

results after our 6-week campaign

This 6-week activation campaign lead up to a substantial increase of Eleven’s publicity and fans. 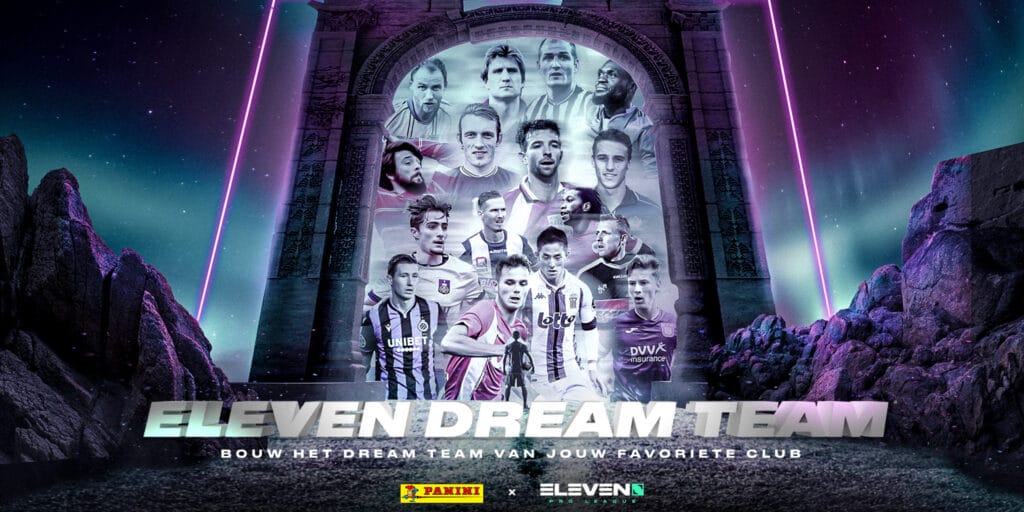