As main sponsor of the Belgian Hockey Federation, Candriam briefed us for a digital activation to support our Belgian Red Lions during the 2018 World Cup Hockey in India.

Sportizon developed the online platform Hockeygifs.be where fans could support the Red Lions with personalized player GIF’s. Within a couple of clicks, fans could create their own GIF’s and share it with their friends via social media (Facebook, Instagram, Whatsapp, Twitter) or email.

The results were fantastic. Belgian hockey fans created more than 9.600 GIF’s to support their heroes during the World Cup. The GIF’s were used on all official Belgian Red Lions social media channels during match coverage, while the national Belgian sports press also picked them up during their match live feeds. The hockey players themselves joined the fun and shared GIF’s on their Instagram stories with their fanbase. 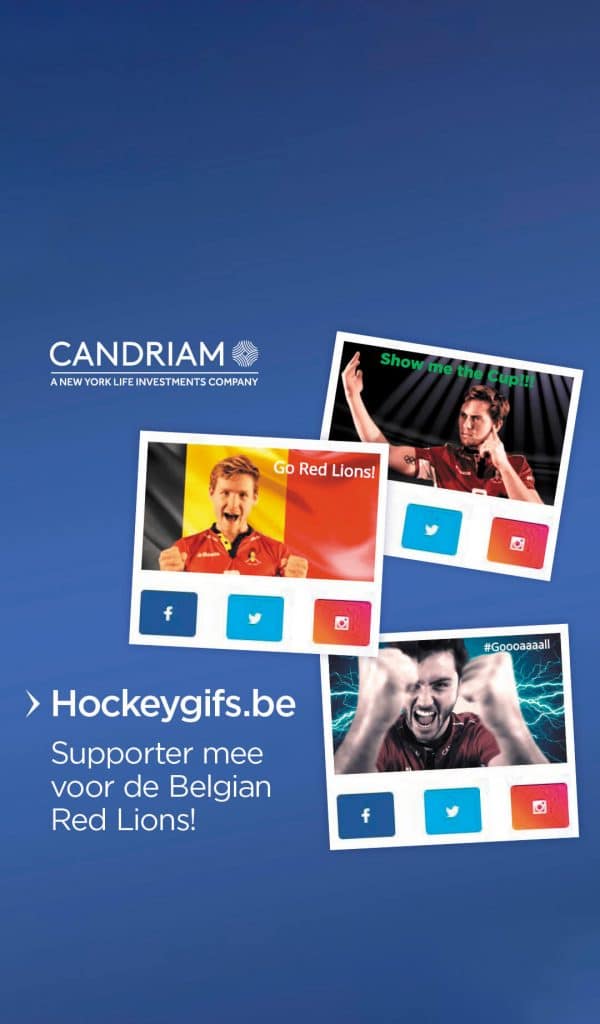